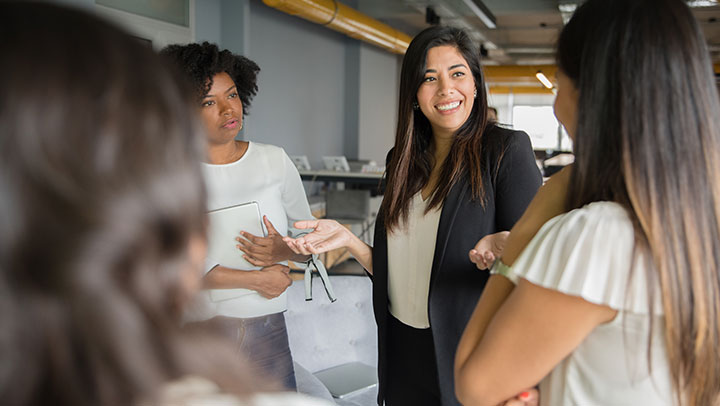 Do you know what a ‘besserwisser’ is?

If you’ve never heard the word I guarantee you’ve met the person. From the German meaning “knowing better”, a besserwisser is a person who believes they have more general knowledge about things than most others and they are very happy to let you know that. The besserwisser is the monster that kills what I call connective conversations.

At a time when we have sophisticated communication tools curiously designed to bring us all closer together, why is it we seem to be moving further away from each other? Why don’t we communicate as well as we could?

Many times, I have searched the dusty archives of my experience for an answer to those questions. So, although I have no evidence for this beyond my own personal experiences, the answer appears to be – because we fundamentally find it too difficult to look beyond the limits of our own perspective.

When we communicate with others we disseminate and assimilate information in a way that works easiest for us. But that doesn’t mean our way is the best way for everybody. We all have our own individual modes of comprehension. How many times have you found yourself becoming irritated with somebody because they don’t – or worse, won’t – understand what you’re trying to tell them. For many people this happens with stunning regularity. But how many of us step back in these moments and genuinely try to understand the other person’s perspective? As Stephen Covey so powerfully stated

So, here are four ways I believe we can better communicate:

1. Be in the conversation

How many times have you had a conversation with someone while thinking about something else? Maybe that email you need to reply to or that meeting you have with your boss this afternoon. This is called cognitive multitasking and we know for a fact the human brain is incapable of this. When we fall into this trap, we are at best half in the conversation and half out of it. We may nod and smile politely at people to give the impression we’re listening to them but in fact our attention has been almost completely diverted.

Don’t get me wrong, it takes effort and energy to concentrate and to be in the conversation but with practice it can be achieved. When we are truly in the conversation, we make better connections with people and we begin to achieve levels of understanding that were hitherto unachievable.

Don’t you hate it when people deliver their opinions straight to your face as though they are cold, hard facts?..and any protestations to the contrary tend to be met with vehement, passionate restatement as the speaker digs in and prepares to fight.

There is nothing wrong with having opinions. But the right to have an opinion does not make the opinion right. Let us be clear about the distinction here. A fact is a piece of information supported by hard data or scientific evidence while an opinion is a piece of information which, though potentially informative and carries the possibility of being true, is still based largely on the speaker’s experiences and, despite no end of passion on the speaker’s part, remains stoutly unsupported by scientific evidence.

Fill the air with your opinions if you want but be sure everyone knows it’s just your opinion and, perhaps more importantly, be open to allowing people to disagree with you. When you do that you will open yourselves up to some amazing conversations.

Calvin Coolidge very famously said ‘No man ever listened his way out of a job’. In the art of conversation listening is perhaps the most important task you can master. And while most of us like to think we’re good listeners that sense of feeling overwhelmed and stressed, driven largely by the increasingly busy lives we lead means we are listening less and less.

The late therapist M Scott Peck said ‘Since true listening involves a setting aside of the self, it also temporarily involves a total acceptance of the others. Sensing this acceptance, the speaker will feel less and less vulnerable, and more and more inclined to open up the inner recesses of his or her mind to the listener. As this happens, speaker and listener begin to appreciate each other more and more.’

4. Let go of your thoughts

We’ve all been there. We’re in the middle of a conversation with someone when a thought, idea or question pops into our heads and we just can’t let it go. Right at that moment, we stop listening to people and we start waiting for them to draw breath so we can jump into the conversation with that little bit of gold to scintillate our entire audience. Unfortunately, it almost never works out that way and that’s because the conversation probably turned in a different direction while we were waiting to dive into it.

Of course, we can’t prevent thoughts and ideas from popping into our heads randomly but remember, it’s not about you. Practice the art of letting go and your conversations will take on fascinating new dimensions.

In the end, genuine and engaging communication isn’t all that difficult. The American television science presenter Bill Nye, aka Bill Nye the Science Guy, said:

‘everyone you will ever meet knows something you don’t’.

In the end, genuine and engaging communication isn’t all that difficult. The American television science presenter Bill Nye, aka Bill Nye the Science Guy, said ‘everyone you will ever meet knows something you don’t’. I really believe we should use this as a mantra for connective conversations. Every conversation in which we participate should be underpinned by a belief there is something we can learn from the other person. So, there’s your challenge…go out and practice true connective communication with people. I guarantee you both parties will benefit and just think of the world we will live in when that happens.

Enhance your professional development skills with courses at Odyssey Training. Our full-day online professional development courses are available in both face-to-face format aswell  available in online training. Our online training is recorded live, which means that you can interact with our trainer or facilitator throughout the day. All courses can be customisable and tailored to each individuals needs.

Persuasion and influence are both ways of bringing about change in the behaviour of others. While persuasion requires you to communicate, influence works silently. Learn the skills to present your case persuasively and an understanding of how the psychology influence works, so people are motivated on their own to do what you want them to do with our 1 day Influencing and Persuasion Course.

6 Ways to Be More Persuasive

How well do you influence people?