The 4 Things You Need To Know To Build Resilient Teams 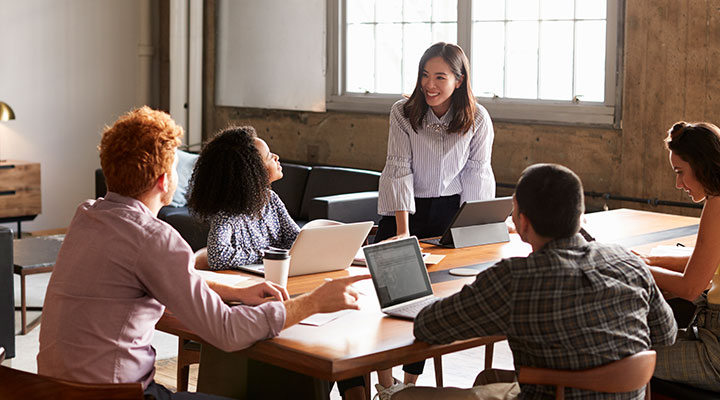 We are living in a highly unpredictable world and our work environments are undergoing unprecedented disruption resulting in long lasting change.

Now, more than ever, you need to be sure your team can manage the stresses associated with this kind of relentless upheaval. In other words, far beyond their own individual resilience, your team members need to support each other and lift each other up in difficult situations.

Building Resilient Teams will give you the tools, techniques and group resilience theory you need to begin to create highly resilient teams. You will gain the knowledge you need to build team resilience in uncertain times and unpredictable environments.

So, here are 4 things you need to know to build truly resilient teams:

Individual habits are formed in the brain and can sometimes be hard to change. Habits are stored in the part of the brain called the Basal Ganglia, a golf ball sized clump of cells at the base of the brain towards the back. The Basal Ganglia does not know the difference between good and bad, it simply recognises repetition and creates processes which are implemented whenever it recognises a trigger point. Therefore, we can create good and bad habits.

Have you ever been driving somewhere you drive to regularly and suddenly you realise you’ve passed two or three landmarks and you can’t remember passing them? This is the Basal Ganglia controlling your movements (sometimes referred to as muscle memory) so that your brain is free to think about more important things.

In the same way, teams form habits of their own. As with individual habits, team habits can be either positive or negative. Positive habits reaffirm the team’s sense of purpose. They support and encourage recovery and foster creativity. Negative habits are more destructive and can negatively affect the team’s ability to recover quickly from difficulty.

So, take some time to observe your team. Look at the group behaviour. How do they interact? How do they support each other? Are they having regular group interaction, openly helping each other or are they behaving in a more siloed way, keeping to themselves and withdrawing from the group? Once you can identify their habits begin reinforcing those behaviours your team should be repeating and actively discourage those behaviours that erode their resilience.

It’s usually when we’re under pressure that normal satisfactory levels of self-awareness are rapidly reduced. Individuals can begin to behave in erratic ways most usually driven by higher levels of cortisol in the body which clouds our thinking and reduces rational thought. But if your team has an agreement in place to look out for each other, then team self-awareness goes to a whole new level.

Your role as the leader is to ensure every member of your team genuinely understands that it’s ok to be human. Human beings make mistakes, they laugh, they get scared, they experience all kinds of emotions and some of those can lead to increased stress levels. If you can help your team move towards a genuine commitment to look after each other then the overall resilience of your team is going to rapidly increase.

3. Create a supportive and encouraging environment

This is primarily an extension of team self-awareness. Not only are the members of your team looking after each other, they should also be identifying and calling out courageous and selfless behaviour. Encouraging each other to try something new even if they’re feeling anxious about it. Congratulating each other when they do something solely for the benefit of another.

A team that reinforces its own internal support structure creates an in-built mechanism for stress resilience…and that mechanism is human connection.

The key responsibility here is for the leader to create an environment that allows people to connect and bond on a truly human level. The challenge for the leader lies in maintaining that environment. Studies show that when teams are subjected to continually challenging project deadlines or relentless unexpected setbacks, the natural response is to put their heads down and push through it. When this happens though, the social component of the team goes out the window.

Matthew Lieberman, in his book Social: Why Our Brains Are Wired To Connect, reveals how the evolution of the human brain has created different networks for handling analytical thinking and social thinking. But because the brain has difficulty accessing both neural networks simultaneously, it is virtually impossible to be both socially and analytically focused at the same time. Lieberman noted that neuroimaging studies show these two neural networks function in an ongoing kind of balancing act, where one or the other is predominantly active and the more one network gets active the more the other network gets quiet.

So, what does this mean? It means we can focus on the tasks we are completing or the relationships we have with the people around us but almost never both at the same time. Your role as a leader then is to create an environment where people can focus on tasks when they need to but that also allows them time to maintain those critical social connections within the team.

Mark Watney, the character played by Matt Damon in the 2015 film The Martian said:

“ At some point, everything’s gonna go south on you and you’re going to say, this is it. This is how I end. Now you can either accept that, or you can get to work. That’s all it is. You just begin. You do the math. You solve one problem and you solve the next one, and then the next. And if you solve enough problems, you get to come home.”

That’s really the essence of team resilience. Focus on one problem at a time. Get to work to solve it and then solve the next problem. If your team does this enough, eventually they will stop seeing the problems and start seeing the solutions…and, just like any muscle getting regular exercise, that inbuilt mechanism for resilience will begin to get stronger and stronger.

Odyssey Training’s mission is to help emerging and frontline managers achieve positive, long-term behavioural change for themselves and their teams. We achieve this through practical high-quality leadership programs, self-directed action planning and embedded learning support.

We are living in a highly unpredictable world and our work environments are undergoing unprecedented disruption resulting in long lasting change. Now, more than ever, you need to be sure your team can manage the stresses associated with this kind of relentless upheaval. In other words, far beyond their own individual resilience, your team members need to support each other and lift each other up in difficult situations.

Building Resilient Teams will give you the tools, techniques and group resilience theory you need to begin to create highly resilient teams. You will gain the knowledge you need to build team resilience in uncertain times and unpredictable environments.