If you want to be a great leader, begin by building great habits 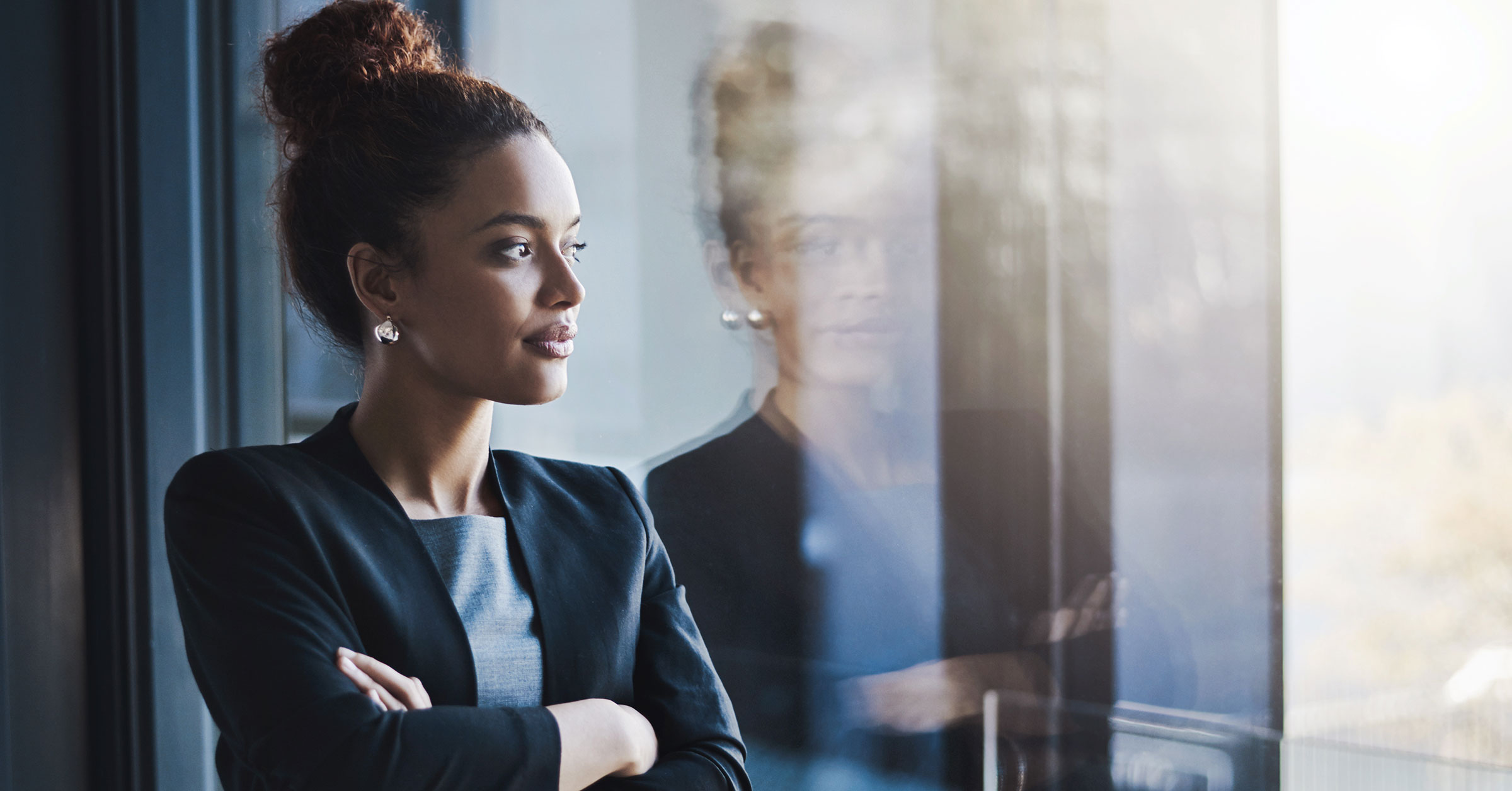 So, you’re in your first leadership position.

You’ve been recognised for your outstanding efforts and your contribution to your organisation and now you’ve been tasked with leading a group of others forward. But there is one key detail you need to understand – you’re playing a different game now. As the expression goes ‘what got you here won’t get you there‘. If you want to be a great leader, begin by building great habits.

If you’ve never led a group of individuals before then you’re going to need to develop an entirely new set of skills. Completing a task yourself is not the same as ensuring a task gets completed through someone else.

The two articles of development we rely on most to build leadership skills are role models and work environments. But our leadership role models are distressingly under qualified and our work environments are undergoing unprecedented change. The leaders you look up to today have developed habits of their own, some good, most of them questionable and many of these habits are beginning to rub off on the new generation of leaders. What we generally fail to understand is the leadership habits we currently rely on are more suited to managing the organisations of the past. The transformative nature of younger generations entering the workforce means these outdated leadership habits will carry an inevitably negative result – reduced job satisfaction and diminishing productivity. The image of the strong and powerful leader we have come to understand as essential is alarmingly outdated…at every level in the organisation. The profoundly transformed organisations you will be leading into the future demand profoundly transformed leadership habits.

So, here are 9 habits new leaders need to start forming right away:

Understanding your contribution to your team and the organisation begins with knowing yourself. What are you good at? What are you bad at? If you could change one thing about yourself what would that be? Identifying your strengths and weaknesses requires honest self-reflection but you also need to understand how others see you. In 1902 the American sociologist Charles Horton Cooley introduced the concept of ‘the looking glass self’. In a nutshell it suggests ‘I am what I think you think I am’. One example of this could be a manager who sees her/himself as strong and powerful because they believe that’s how everybody else views them. They have no real evidence to support this beyond their own internal imaginings and it could in fact be the case that everyone else sees them as an aggressive, abrasive bully. It’s easy to define ourselves by how we think others see us but we need to do some work to confirm or deny that.

Reflect on your strengths and weaknesses. Seek feedback from trusted colleagues so you can get a real sense of how your behaviour impacts those around you. The more you know yourself, the better your leadership will be.

2) Build relationships with your team before anything else

As a new leader, the strongest relationships you need to build are those with your direct reports. In 2017 Christine Porath and Christine Pearson of Georgetown University took data from surveys of over 20,000 people globally to identify what people want most from their leaders. The answer? Respect. Above rewards, opportunities for learning and advancement and everything else, people want respect. But if you can’t respect your people enough to build personal relationships with them, you’re going to struggle to lead them and they are going to struggle to follow you.

In 2006 Marcus Buckingham at the Gallop organisation identified that people will join an organisation but they leave their manager and that, of all the factors which contribute to employee job satisfaction, the single most important factor is the relationship people have with their direct manager.

Build a habit of cultivating meaningful, respectful relationships with your people and the rewards will be significant.

We are all subject to unconscious biases. The challenge is to identify them and strive to overcome them. Our biases derive largely from our experiences and they impact the way we think and the way we make decisions. Our biases shape our perspective of the world and there is no easy solution to this. Think about American science television presenter Bill Nye the Science Guy. There’s a great quote attributed to him which states ‘Everyone you’ll ever meet knows something you don’t‘.

Challenge your biases by challenging your assumptions – about people, about situations, about everything. This means accepting that we all make assumptions and then reminding ourselves that assumptions can be wrong. If you go into every conversation with your direct reports assuming there is something you can learn from them your conversations are going to rise to a whole new level.

4) Create a culture of helpfulness

In a world where asking for help is still seen as a sign of weakness, tomorrow’s leaders need to establish patterns that allow people to ask for help in a safe and predictable environment. The individuals who make up your team don’t need to know everything; they just need to work with people who can help them when they need it. But it’s up to you, their leader, to create the environment that allows them to do this.

Find ways to encourage your people to connect on a personal level. When people connect, they get to know each other’s strengths and weaknesses and then they begin to work together, leveraging their individual strengths in the attainment of something greater.

When you see people asking for help, praise them for it. Reward this behaviour and reinforce it as highly positive.

The essence of radical candor is that you care personally but you challenge directly. This means you create an environment where people feel comfortable to express their views, challenge ideas and give people feedback with civility and respect. Sound easy? It’s not. To do this you’re going to need to help people get past their egos and the only way you can really accomplish this is to help your people build strong relationships with each other.

Now let’s throw another challenge into this mix. You’re probably managing people from across a lot of different generations and these differences can create added tension.

Find creative ways to encourage your people to connect. For example, some organisations have banned coffee cups at desks and don’t allow people to eat lunch at their desk because they want them to bump into each other in more relaxed breakout areas where they can casually chat and begin to build the relationships they need.

6) Be a leader of diversity

Try the following exercise. Write down a list of the top ten most trusted people in your life but exclude family members. Then next to each person’s name, record their gender, race, age, sexual orientation, education and marital status.

When you look at the list of your top ten most trusted people you may find you are all startlingly similar. Don’t feel bad about this, it’s one of the unconscious biases to which we are all susceptible. But it’s also a dangerous bias in that it limits diversity. Who are the people you seek out when you need advice, when you need to discuss an important issue or get someone else’s point of view? We generally go to the people we trust, but the people we trust are usually the ones who think very much the same way we do.

If you genuinely want to be a leader of diversity then you need to seek out the perspectives that are radically different to yours and celebrate this fact. This can be confronting at times, but the benefits far outweigh whatever discomfort you may experience.

Feedback is an essential part of any leadership role, but it should never be a one-way street. Open feedback loops allow you to give feedback to your direct reports and to receive feedback from them in an environment of respect and honesty.

If you want people to take your feedback on board, open yourself up to taking theirs. Let them tell you what you’re doing that works for them and what doesn’t, or what you’re not doing that you might need to start.

8) Be trusting and trustworthy

Firstly, the role of a leader is not to control people, it’s to build great teams. Secondly, the people in your team are adults. In the 1950s, Douglas McGregor at the MIT Sloan School of Management developed the concept of Theory X versus Theory Y. Theory X assumes that people dislike work. They want to avoid it and do not want to take responsibility. Theory Y on the other hand assumes that people are self-motivated and will flourish when given responsibility. If we shift our thinking to Theory Y, then we assume the adults who come into our organisations every day are there because they want to contribute to something greater than themselves.

So show trusting behaviour. Delegate tasks and responsibility to your people and then step back and trust that they can decide the best way to achieve it. They may not do things the way you would but that doesn’t mean they’ll do things wrong. This is ultimately the essence of a creative environment. Then show trustworthy behaviour. Keep confidences, declare yourself, tell people what you’re going to do and then follow through on your promises.

Teams that have genuine trust are the ones who very often do remarkable things.

Don’t project an image of what you think a great leader should be. While you’re on your way to becoming the leader you want to be, be authentic about it. In other words, just be yourself – that wonderfully flawed, caring, complicated, beautiful, unique, outstanding individual that is genuinely you.

Developing yourself as a great leader is a journey and you’re going to make mistakes along the way. You have no access to a time machine that will facilitate an attempt to correct them, so instead acknowledge them, learn from them and move on. As Albert Einstein once mused ‘Life is like riding a bicycle. To keep your balance, you must keep moving‘.

Around 20 years ago, Warren Buffett gave a school lecture where, quoting philosopher Bertrand Russell, he said, ‘the chains of habit are too light to be felt until they’re too heavy to be broken‘. Buffett was referring to the damaging habits leaders develop over time and those words are powerfully true.

The leadership skills you develop now will form the basis of your leadership habits for the rest of your career. Picture the leader you want to be and begin to build those habits now.

Discover our Emerging Leaders Development Pathway. This 4 day program consists of development, communication, and time management courses. It aims to equip future leaders with the core skills required for growth and success.

4 Skills To Master To Begin Your Journey To Great Leadership

To be a great leader, you have to start by leading yourself